In a dense city center, 2600 LTE traffic was being redirected to the low-band network. CellMax antennas increased signal strength, which decreased redirects by almost 40%. The result is happier subscribers and better use of spectrum capacity.

In a Nordic city center, a carrier commissioned a proof of concept of CellMax antennas in its “golden cluster” a high-importance area that had been thoroughly optimized for its 2600 LTE network and where it often carries out tests of new equipment.

The test cluster had 96 sectors, where the existing antennas were replaced with CellMax high-gain antennas over a period of two months. During the proof of concept, a large neighboring cluster of 111 sectors was kept under a network freeze to be able to compare the impact of the CellMax antenna and benchmark it.

The Drive Tests, Pre and Post, were compared on a GPS bin to GPS bin comparison, with one bin per GPS location. This minimized the risk of collecting a disproportionate amount of data in one location, when stopped at a red traffic light, for example, or due to differences in drive routes.

Although the Cell Edges in the test cluster are indoors, with no outdoor signals below -105 dBm, many data sessions were being redirected from 2600 LTE network to the slower, low-band network. These redirects occur whenever the 2600 LTE signal level drops below -122 dBm. 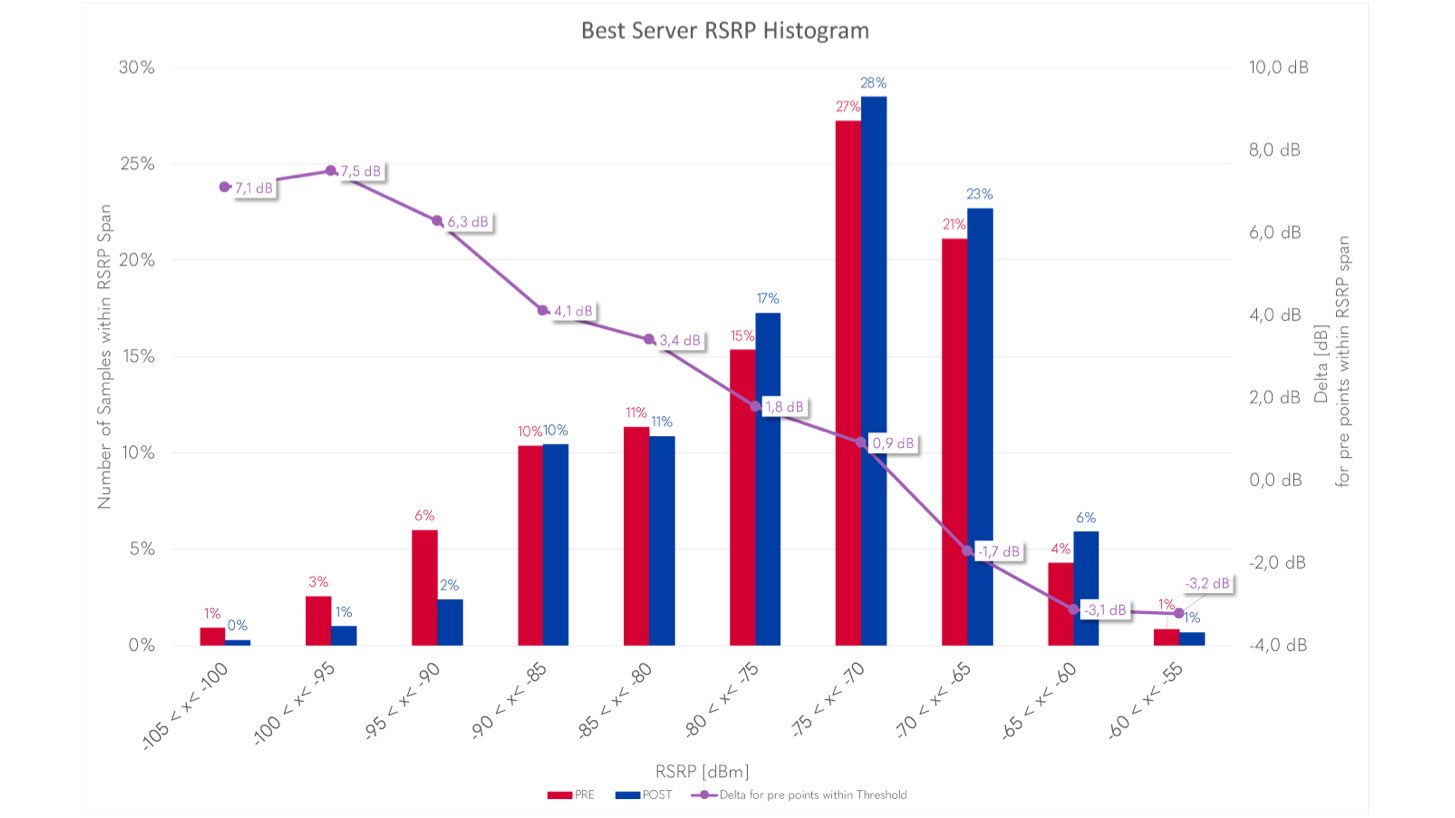 CellMax CEO Hammad Abuiseifan:“When we averaged the delta in all of the drive test bins, we saw an average improvement of signal level in the CellMax cluster of approximately +2dB (56%),”

At the same time, signal quality remained high, with 19 dB CINR before and after changing antennas. “So even though we increased indoor coverage by as much as 6 dB, we did not interfere with the signal,” he explains. “Often, increased coverage can come at the expense of quality. You can shoot out more energy, but if does not stay within its cell it interferes with the signal in the neighboring cell.”

Although the data load on LTE 2600 increased in both the reference and the text clusters, it increased by twice as much in the CellMax cluster (22% vs 44%).

“This is directly related to improved indoor coverage,” Abuiseifan says. “The lowest detected signal outdoors in the drive test was -105 dBm. Redirects only occur when the level drops to –122 dBm. That extra loss occurs indoors.”

As a result, while the redirect rate in the reference cluster was virtually unchanged, in the test area, the figure dropped by 38%. This means that more data sessions were maintained, instead of being pushed down to the slower network. In short, the subscribers could enjoy the larger 2600 LTE spectrum deeper inside the buildings and stay longer on it.

“From a subscriber satisfaction perspective, you want to keep your subscribers on the more advanced technology,” Abuiseifan points out. “On 2600 LTE, the carrier also had much more capacity, but it could not be used indoors before the change to CellMax. And the improvement also led to 29% fewer dropped calls.

“This shows that there are great network gains to be achieved when changing to CellMax High-Efficiency antennas in a dense, urban network.”